If you go to see The Monuments Men, the new George Clooney film, it may interest you to know that Binghamton University had its very own Monuments Man, the late Professor Kenneth C. Lindsay, founder of the Department of Art and Art History at Binghamton.

Trained at the University of Wisconsin and a WWII veteran, Kenneth Lindsay arrived at Harpur College in 1951. Credited by colleagues as the founder of the Department of Art & Art History, he would go on to chair that department for 17 years as well as see the department through several stages of development. He retired from the University in 1989 and died in 2008 at age 89. Lindsay is remembered by friends, former students and colleagues as, first and foremost, an inspiring and inspired teacher who was dedicated to his students. The University Art Museum recently honored Lindsay, who died in 2009, with the creation of the Kenneth C. Lindsay Museum Study Room.

But Kenneth Lindsay did important work well before his arrival at Binghamton Universit. On June 23, 1943, President Roosevelt approved the formation of the “American Commission for the Protection and Salvage of Artistic and Historic Monuments in War Areas.” The Monuments, Fine Arts, and Archives (“MFAA”) section was formed under the auspices of the Civil Affairs and Military Government Sections of the Allied Armies. Together the Monuments Men worked to protect monuments and other cultural treasures from the destruction of World War II. In the last year of the war, they tracked, located, and in the years that followed, returned more than five million artistic and cultural items stolen by Hitler and the Nazis.

A cryptographer with the U.S. Army during World War II, Kenneth Lindsay was assigned to the Monuments Men’s collection point in Wiesbaden, Germany in 1945. He served as a Monuments Man with the Army’s Fine Arts and Archives Section, helping to save and preserve thousands of Europe’s valuable art treasures that had been seized by the Nazis. Lindsay received the University Medal (from Binghamton University) in 2007 for his contributions as a Monuments Man.

Visit the Monuments Men Foundation for the Preservation of Art webpage.

Read about The Rape of Europa, a documentary released in 2006, that tells the epic story of the systematic theft, deliberate destruction and miraculous survival of Europe’s art treasures during the Third Reich and the Second World War.

Watch A Tribute to Kenneth Lindsay on BU’s YouTube channel

Read more about Kenneth Lindsay in The Pipe Dream

Read more about Kenneth Lindsay in Inside

Read about the dedication of the Kenneth C. Lindsay Study Room in 2013 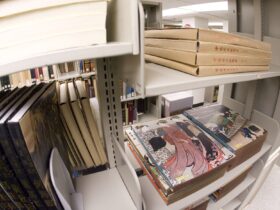 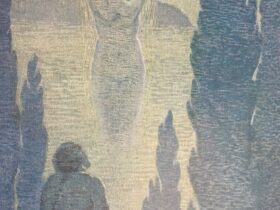 Special Collections Talk: “Singing the Body Electric: Opera, Democracy, and Voice in the Poetry of Walt Whitman” on October 3, 2019, 12:00pm-1:00pm