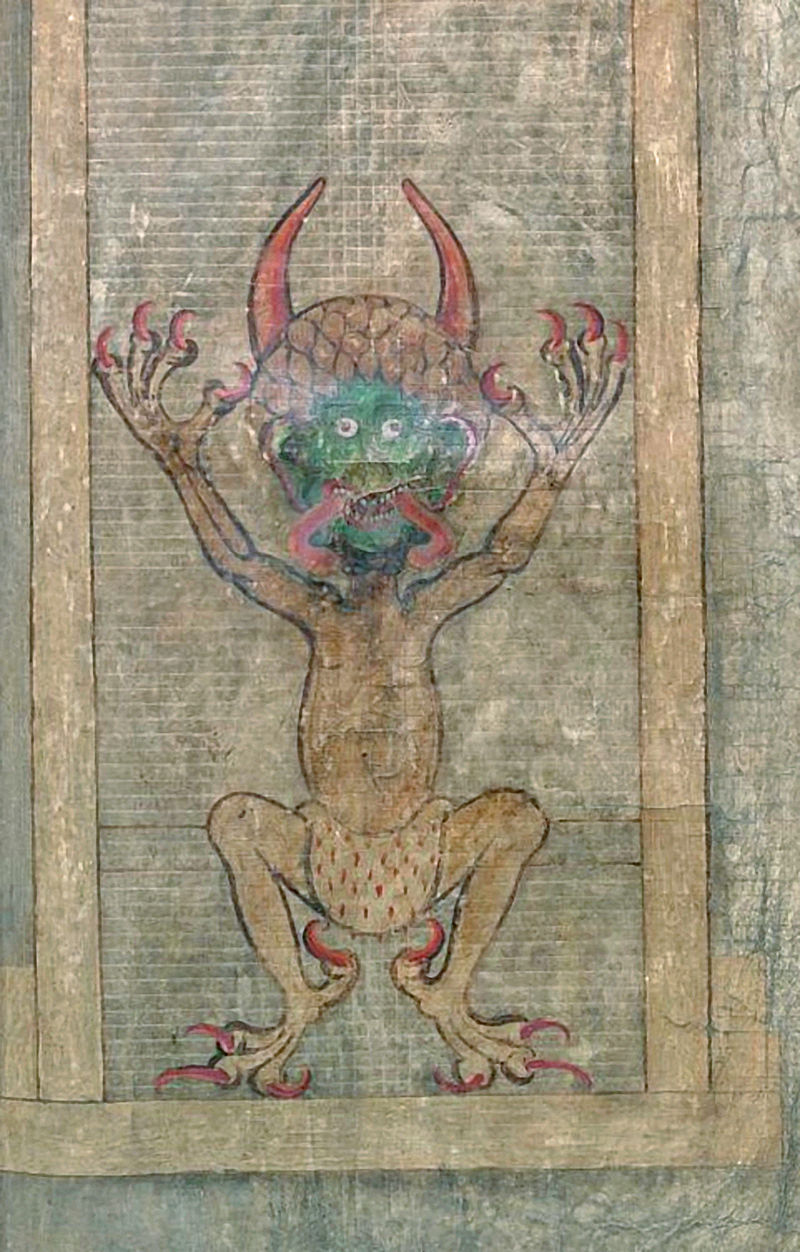 The Codex Gigas (English: Giant Book) is probably the largest extant medieval illuminated manuscript in the world, at 92 cm (36 in) tall. It is also known as the Devil’s Bible because of a very unusual full-page portrait of the devil, and the legend surrounding its creation.

It was created in the early 12th century in the Benedictine monastery of Podlažice in Bohemia (modern Czech Republic). It contains the complete Vulgate Bible as well as other popular works, all written in Latin. Between the Old and New Testaments are a selection of other popular medieval reference works: Josephus’s Antiquities of the Jews and De bello iudaico, Isidore of Seville’s encyclopedia Etymologiae, the chronicle of Cosmas of Prague, and medical works; these are an early version of the Ars medicinae compilation of treatises, and two books by Constantine the African.

Eventually finding its way to the imperial library of Rudolf II in Prague, the entire collection was taken as war booty by the Swedish in 1648 during the Thirty Years’ War, and the manuscript is now preserved at the National Library of Sweden in Stockholm, although it is no longer on display for the general public.

Very large illuminated bibles were a typical feature of Romanesque monastic book production, but even within this group the page-size of the Codex Gigas is exceptional. 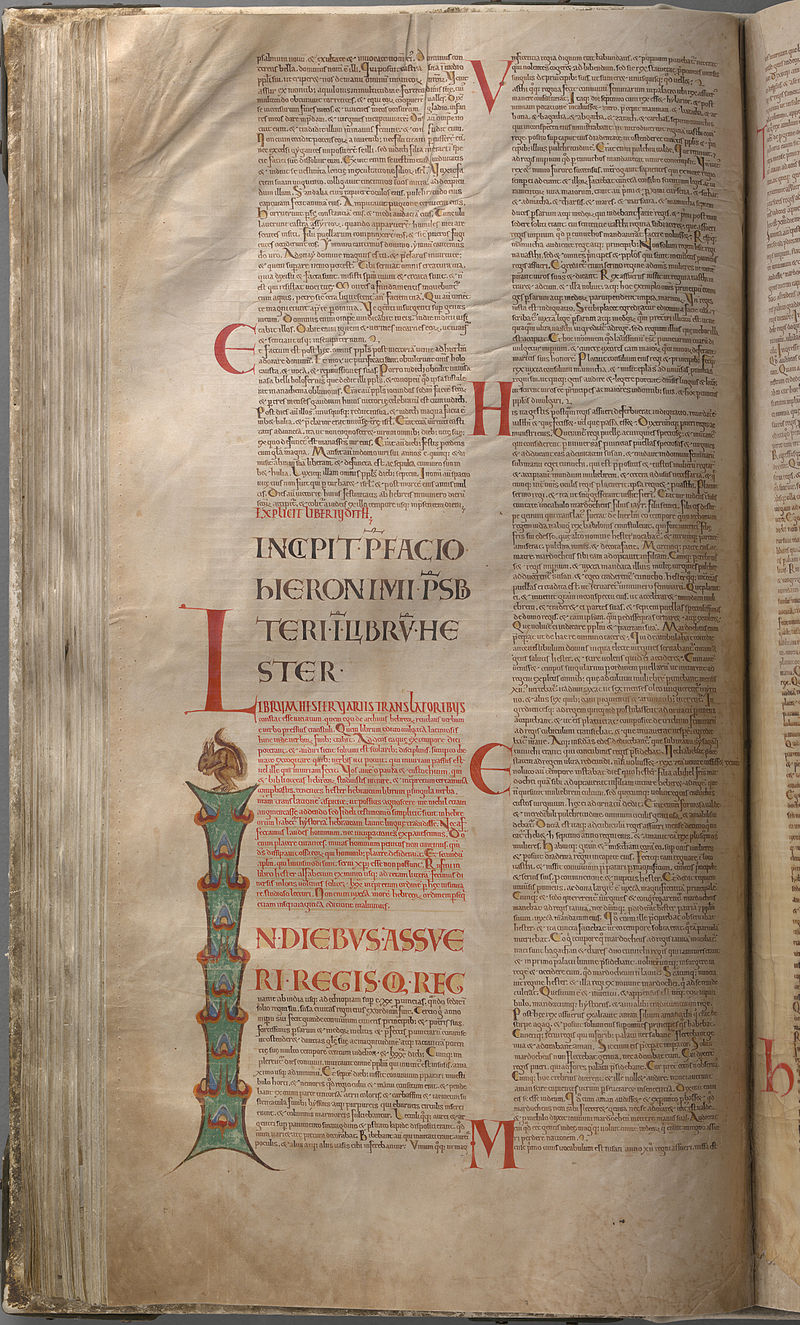 The codex’s bookbinding is wooden boards covered with leather, and then ornate metal guards and fittings. At 92 cm (36 in) tall, 50 cm (20 in) wide and 22 cm (8.7 in) thick, it is the largest known medieval manuscript. Weighing 74.8 kg (165 lb), Codex Gigas is composed of 310 leaves of vellum allegedly made from the skins of 160 donkeys or perhaps calfskin. It initially contained 320 sheets, though some of these were subsequently removed. It is unknown who removed the pages or for what purpose but it seems likely that they contained the monastic rules of the Benedictines.

The manuscript includes illuminations in red, blue, yellow, green and gold. Capital letters at the start of books of the bible and the chronicle are elaborately illuminated in several colours, sometimes taking up most of the page; 57 of these survive (the start of the Book of Genesis is missing). There are also 20 initials with the letters in blue, with vine decoration in red. With the exception of the portraits of the devil, an author portrait of Josephus, and a squirrel perched on top of an initial (f. 110v), the illumination is all using geometrical or plant-based forms, rather than representing human or animal forms.[8] There are also two images representing Heaven and Earth during the Creation, as blue and green circles with respectively the sun moon and some stars, and a planet all of sea with no landmasses. Within books, major capitals are much enlarged, taking up the height of about five to six lines of text, in red ink, and placed in the margins. Less important divisions such as the start of verses are slightly enlarged within the text and highlighted with yellowish ink around the letter forms.

Folio 290 recto, otherwise empty, includes a picture of the devil, about 50 cm tall. Directly opposite the devil is a full page depiction of the kingdom of heaven, thus juxtaposing contrasting images of Good and Evil. The devil is shown quite frontally, crouching with arms uplifted a posture creating a dynamic effect, as if at any moment he could jump up to seize a new victim in his claws. His size is terrifying in itself where he alone fills the entire space of Hell, even though he does not reach up to the tops of the towers. He is naked except for a white loincloth covered all over in small comma-shaped red dashes which have been interpreted as the tails of ermine furs, the distinguishing attribute of a sovereign, in this particular case the Prince of Darkness, a mighty potentate. He has no tail, and his body, arms and legs are of normal human proportions, but his hands and feet with only four fingers and toes each, terminating in large claws, are bestial, as are his huge horns, which, like all his claws, are red as though dipped in blood.

He has a large, perfectly round, dark green head, the colour of which reminds us of the deadly sin of envy, and his hair forms, as it were, a skull cap of dense little curls. His eyes are small, with red pupils, which gives him a vicious glare, and his red-tipped ears are large, enabling him to pick up all the gossip and slander entitling him to the souls of the calumniators. His open, leering mouth reveals his small white teeth, and two long red tongues flicker from the corners of his mouth. This doubling of tongues evokes negative associations with serpents, which have forked tongues, and false, double-tongued human beings. The expression ‘forked tongues’ is an ancient one already to be found in the Bible (Nordenfalk 1975, n. 15).

Several pages before this double spread are written in yellow characters on a blackened parchment and have a very gloomy character, somewhat different from the rest of the codex. The reason for the variation in coloring is that the pages of the codex are of vellum. Vellum, or scraped and dried animal hide, “tans” when exposed to ultraviolet light. Over centuries, the pages that were most frequently turned have developed this tell-tale darker color.

The codex has a unified look as the nature of the writing is unchanged throughout, showing no signs of age, disease or mood on the part of the scribe. This may have led to the belief that the whole book was written in a very short time (see Legend), but scientists are starting to believe and research the theory that it took over 20 years to complete.

The length, size, and detail of the codex are of such extraordinary magnitude that legend surrounds its origin, specifically the story that it was written by one scribe in one night with help from the devil. 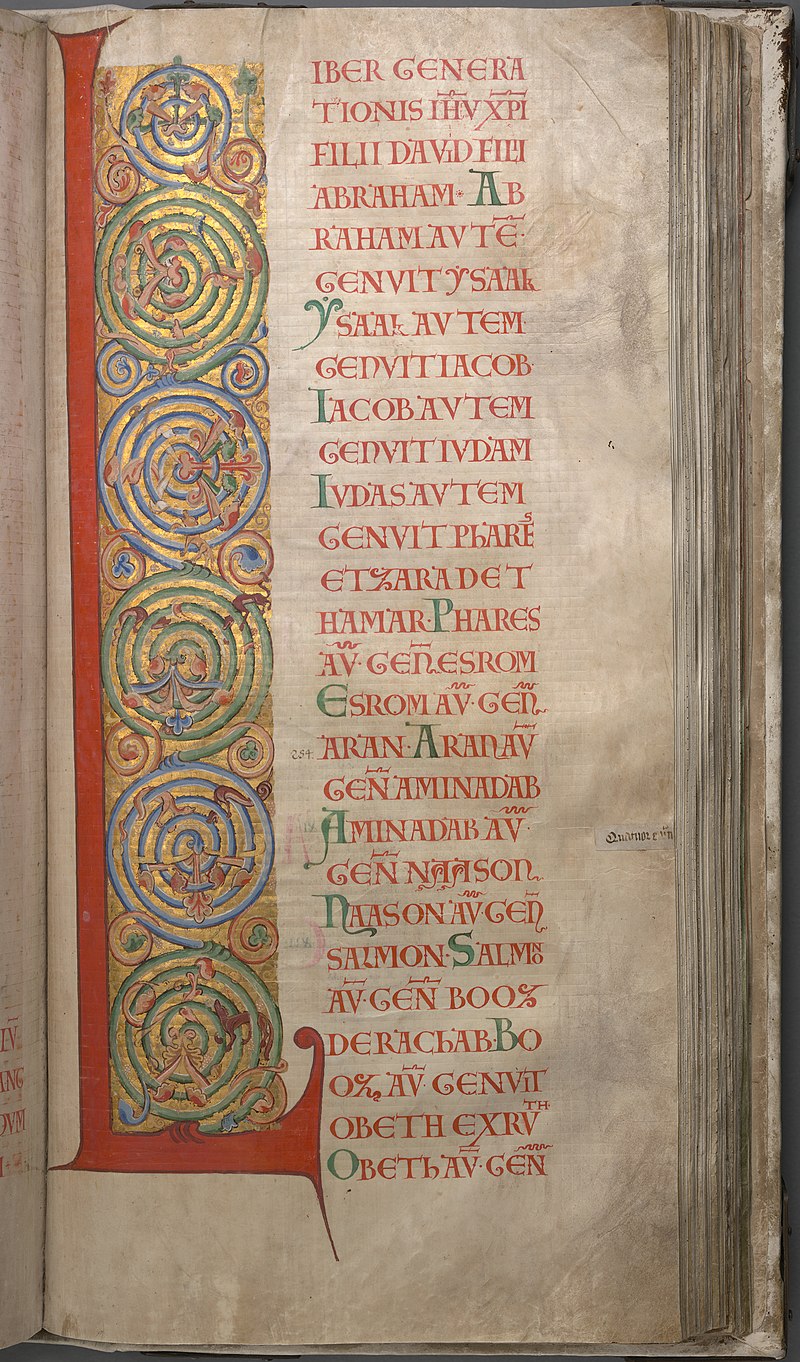 According to one version of a legend that was already recorded in the Middle Ages, the scribe was a monk who broke his monastic vows and was sentenced to be walled up alive. In order to avoid this harsh penalty he promised to create in one night a book to glorify the monastery forever, including all human knowledge. Near midnight, he became sure that he could not complete this task alone so he made a special prayer, not addressed to God but to the fallen angel Lucifer, asking him to help him finish the book in exchange for his soul. The devil completed the manuscript and the monk added the devil’s picture out of gratitude for his aid. In tests to recreate the work, it is estimated that reproducing only the calligraphy, without the illustrations or embellishments, would have taken five years of non-stop writing. 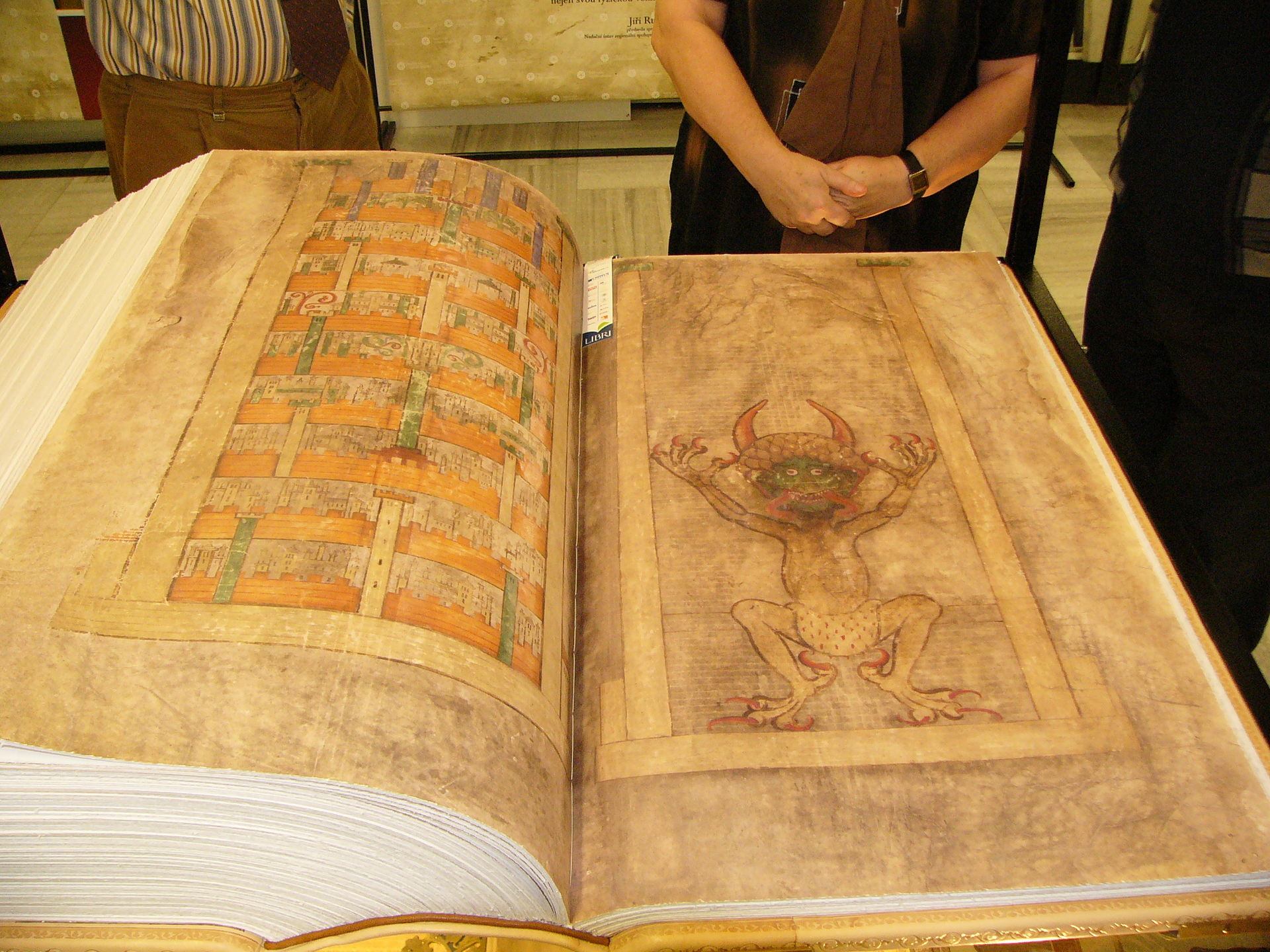 Not interested in Pilgrims? Here are some alternative Thanksgiving themed books, music, and poetry to help you survive the holidays

Tracing the Origins of the Plimoth Pilgrims: Leyden, The Netherlands — the Pilgrims’ Home for Twelve Years (1608-1620)

Origins of the Plimoth Plantation Pilgrims