Harpur Cinema will be presenting the Thai film, Manta Ray at two showings on campus this week. Thai director Phuttiphong Aroonpheng’s first feature-length film takes place in a coastal village of Thailand, and focuses on two men, a local fisherman and a stranger who cannot speak. It touches on the current situation of Rohingya refugees. The narrative develops with beautiful, pleasurably hypnotic and emotionally rewarding images, expressing ideas of displacement, identity, powerlessness, and responsibility. It won the Orizzonti Award for Best Film at the Venice Film Festival.

The Libraries have several films by Thai filmmakers.  They can be obtained at the Newcomb Reading Room Reader Services desk. 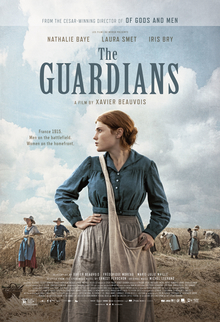 Harpur Cinema will be presenting the French film, Les Gardiennes’  at two showings on campus this week.  Filmmaker Xavier Beauvois sets his film during World War I.  The men are off at war and the women,  the “Gardiennes” of the title, are left to tend the fields through the changing seasons.

The Binghamton University Libraries’ databases have many articles on Xavier Beauvoir and on films set during World War I.  A good place to start is the FIAF International Index to Film Periodicals database.

Oscar-winning documentary filmmaker D. A. Pennebaker died this week. His documentaries were considered groundbreaking.  The Libraries own a number of Pennebaker films on DVD as well as books about his life and work. 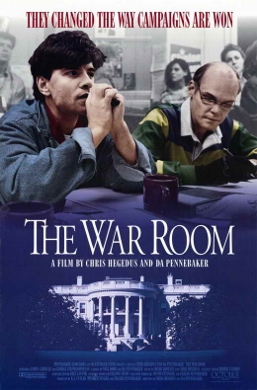 Posted in CinemaBlog | Comments Off on D. A. Pennebaker

Philosophy-screens : from cinema to the digital revolution, by Mauro Carbone, trans. by Marta Nijhuis. e-book

The Visiting Film & Video Artists & Speaker Series will feature Rose Lowder at 7:30 p.m. Tuesday, Nov. 6, in LH-6. Lowder will screen Foryannfromrose (2014), Turbulence (2015), Tartarughe D-Acqua (2016), and Bouquets (2005-2009). Free and open to the public. This event is sponsored by the Cinema Department and Harpur College Dean’s Speakers Series.

The Libraries have materials relating to Rose Lowder.

Harpur Cinema presents “Félicité”, a film by Alain Gomis, at 7:30 p.m., Friday and Sunday, March 16th and 18th in Lecture Hall 6.  This award-winning film looks at the life of the titled character, a bar singer in in Kinshasa, Democratic Republic of the Congo.

The Libraries have a number of books on African film. E-books are hyperlinked.

The writing of the nation : expressing identity through Congolese literary texts and films,  by Kasongo Mulenda Kapanga PL8014.C75 K37 2017

E-books can be accessed via the Library catalog.  Print books have call numbers listed.

Where no Black woman has gone before : subversive portrayals in speculative film and TV, by Diana Adesola Mafe, 2018. e-book

The Libraries are running a trial of the Digitalia Film Library Database.  The database features streaming Argentine, Brazilian, Cuban, French, Spanish, European, Latin American and North American classic cinema.  It also contains collections covering history, nature, wildlife and travel.  The trial runs through May 2, 2017, and, like most library trials, is accessible on-campus only.

Harpur Cinema Presents “On the Edge”

Harpur Cinema presents a film by Moroccan filmmaker, Leila Kilani, On the Edge.  It will be shown on February 17 and 19th in Lecture Hall 6 at 7:30 p.m.   The film explores the existence of young women factory workers living “on the edge” in modern Tangiers free-zone.

The Libraries have a number of books on North African and Arab film.  A selection is below. 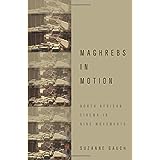 As noted on Dateline, Harpur Cinema presents ‘Right Now, Wrong Then,’ 2015, Hong Sang-Soo, South Korea. Through two possible circumstances in two parts, South Korean filmmaker and screenwriter, Hong Sang-soo, portrays dramas of a man, who is a film director, meeting a beautiful young painter in Suwon, South Korea, where he is visiting to show one of his films. The film received the Golden Leopard (Grand Prize) at the Locarno International Film Festival. Film will be shown in Lecture Hall 6 from 7:30-9:30 p.m. on November 11 and November 13.

The Libraries have access to one Hong Sang-Soo title via the Kanopy streaming database, as well as a number of books on Korean film.  A selected list is below:

In Another Country accessed via the Kanopy database.

Posted in CinemaBlog | Comments Off on Harpur Cinema presents “Right Now, Wrong Then”