The Libraries recognize Pride Month in June through this list of recommended books selected by Q Center team members Dr. Nic Francisco and Nick Martin. Pride Month celebrates the LGBTQ+ community, including those with intersecting identities as people of color, historically excluded religious or cultural backgrounds, incarcerated people and those with different abilities. The list highlights fiction and nonfiction that address achievements, experiences and research by and about queer individuals and allies. These titles are available in the Q Center Library, University Libraries or for request through ILL (InterLibrary Loan). We encourage you to read works by and about the LGBTQ+ community throughout the year!

What If It’s Us by Becky Albertalli & Adam Silvera

Told in two voices, when Arthur, a summer intern from Georgia, and Ben, a native New Yorker, meet it seems like fate, but after three attempts at dating fail they wonder if the universe is pushing them together or apart.

Jess Goldberg decides to come out as a butch in the bars and factories of the prefeminist ’60s and then to pass as a man in order to survive when she is left without work or a community in the early ’70s.

Shy and softhearted Charlie Spring sits next to rugby player Nick Nelson in class one morning. A warm and intimate friendship follows, and that soon develops into something more for Charlie, who doesn’t think he has a chance. But Nick is struggling with feelings of his own, and as the two grow closer and take on the ups and downs of high school, they come to understand the surprising and delightful ways in which love works.

The Color Purple by Alice Walker

A powerful cultural touchstone of modern American literature, The Color Purple depicts the lives of African American women in early twentieth-century rural Georgia. The Color Purple broke the silence around domestic and sexual abuse, narrating the lives of women through their pain and struggle, companionship and growth, resilience and bravery.

Bryan Washington’s brilliant, viscerally drawn world vibrates with energy, wit, and the infinite longing of people searching for home. With soulful insight into what makes a community, a family, and a life, Lot explores trust and love in all its unsparing and unsteady forms.

Gender Outlaw: On Men, Women, and the Rest of US by Kate Bornstein (in Q Center and University Libraries)

Part coming-of-age story, part mind-altering manifesto on gender and sexuality, coming directly to you from the life experiences of a transgender woman, Gender Outlaw breaks all the rules and leaves the reader forever changed.

Part coming-of-age story, part mind-altering manifesto on gender and sexuality, coming directly to you from the life experiences of a trans man, Show Trans is Stone Butch Blues meets The Naked Civil Servant meets the modern age of the internet and gay hook-up apps. It is a memoir of sex addiction, sex work, navigating the gay male scene, a trip West, mental illness, and the struggle to find love, connection, and self-actualization as a non-binary trans person.

Britteney Black Rose Kapri lends her unmistakable voice to fraught questions of identity, sexuality, reclamation, and power in a world that refuses black queer women permission to define their own lives and boundaries.

Zami: A New Spelling of My Name by Audre Lorde (in Q Center and University Libraries)

Zami is a fast-moving chronicle. From the author’s vivid childhood memories in Harlem to her coming of age in the late 1950s, the nature of Audre Lorde’s work is cyclical. It especially relates the linkage of women who have shaped her.

This is both a personal book that offers an account of the author’s own trans* identity and a deeply engaged study of trans* collegians that reveals the complexities of trans* identities, and how these students navigate the trans* oppression present throughout society and their institutions, create community and resilience, and establish meaning and control in a world that assumes binary genders.

Through the compelling stories of Black women who have been most affected by racism, persistent poverty, class inequality, limited access to support resources or institutions, Beth E. Richie shows that the threat of violence to Black women has never been more serious, demonstrating how conservative legal, social, political and economic policies have impacted activism in the US-based movement to end violence against women.

Normal Life: Administrative Violence, Critical Trans Politics, and the Limits of Law raises revelatory critiques of the current strategies pivoting solely on a legal rights framework, but also points to examples of an organized grassroots trans movement that is demanding the most essential of legal reforms in addition to making more comprehensive interventions into dangerous systems of repression-and the administrative violence that ultimately determines our life chances.

Book descriptions based on publisher information 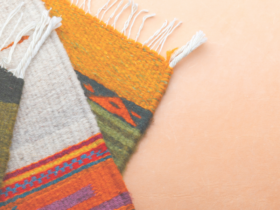 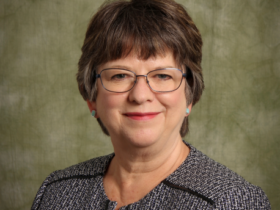 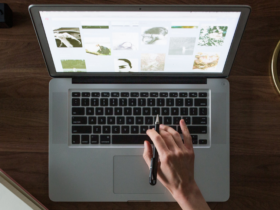