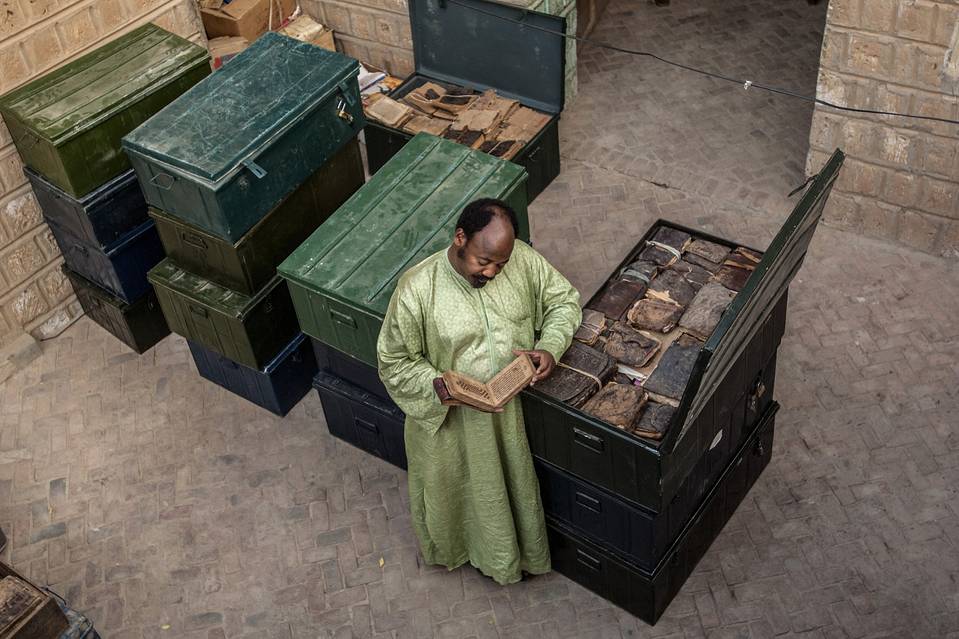 For custodians of the ancient heritage of the Middle East and North Africa, the recent rise of Islamist extremist groups has posed a dire challenge. Since its seizure of the historic Iraqi city of Mosul in early 2014, Islamic State has pillaged and demolished mosques, shrines, churches and other sacred sites across the region. The group continues to launch “cultural cleansing” operations from Tikrit to Tripoli.
In this grim procession, there have been occasional victories for culture over extremism, like the recapture last month of the ancient Syrian city of Palmyra, which may now be restored to something of its previous glory. A less familiar case of cultural rescue features an unlikely hero: a 51-year-old book collector and librarian named Abdel Kader Haidara in the fabled city of Timbuktu, in the West African country of Mali.
The story begins in April 2012, when Mr. Haidara returned home from a business trip to learn that the weak Malian army had collapsed and that nearly 1,000 Islamist fighters from one of al Qaeda’s African affiliates, al Qaeda in the Islamic Maghreb, had occupied his city. He encountered looters, gunfire and black flags flying from government buildings, and he feared that the city’s dozens of libraries and repositories—home to hundreds of thousands of rare Arabic manuscripts—would be pillaged.
Read more here