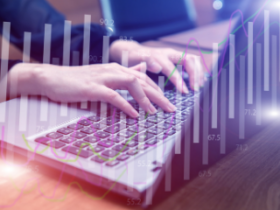 
Monsters, aliens and 50-foot women to invade the University Art Museum
By John Brhel
MARCH 31, 2016
In today’s movie world, when everything seems to be part of a franchise, when everything is all about the next installment, when Marvel releases multiple superhero movies a year, the instant gratification of an old B-movie or exploitation flick can be refreshing.
“With B-films and exploitation films, your payoff, if indeed there is a payoff, is pretty immediate — 65 minutes and out. I think that kind of economy of presentation is really rewarding,” Associate Professor of Cinema Brian Wall said.
These gratifying (and often grotesque) movies and the posters used to promote them will be celebrated in Binghamton University Art Museum’s spring exhibition, “Graphic! Lurid! Sensational! Exploitation and B-Movie Posters,” which opens from 5-7 p.m. Thursday, April 7, in room 213 of the Fine Arts Building, the Main Gallery. The exhibition will be on view through Saturday, May 21. Those unable to attend the opening may tune in to WHRW (90.5 FM) during this time to hear interviews, a broadcast of the original War of the Worlds and other cult classics.
The exhibition features 35 vintage posters drawn from a collection of more than 400 posters that are part of the John McLaughlin Collection in the Special Collections of the Binghamton University Libraries. Wall is the guest curator.
In the exhibition, visitors will find posters of cult favorites such as Plan 9 from Outer Space (“the Citizen Kane of terrible films,” according to Wall), The Attack of the 50 Ft. Woman and The Rocky Horror Picture Show, alongside lesser known, yet visually arresting posters for films like Killers from Space, The Astounding She Monster and The Weird Love Makers.
Read more here
Read more about the exhibition here 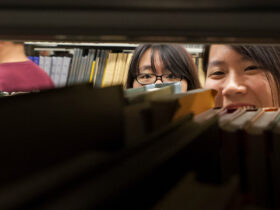