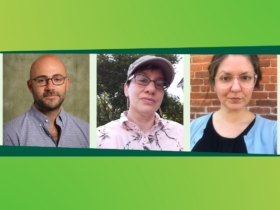 By Joanna Lin
January 26, 2009
Fifteen years ago, nearly 52,000 Holocaust survivors and witnesses began sharing their stories with a group that would come to be known as the USC Shoah Foundation Institute for Visual History and Education. The testimonies, averaging about two hours each, were documented on videotape, a format whose quality deteriorates over time.
And that’s why the foundation, intent on preserving its Holocaust material for future generations, has launched a $10-million initiative to turn 105,000 hours of videotaped testimony into a vast digital archive.

The switch, foundation leaders say, cannot come a moment too soon — with the videotapes expected to start decaying within five years and aging Holocaust survivors dying off.
“It’s like a ticking time bomb,” said Sam Gustman, the foundation’s chief technology officer.
Gustman said the foundation plans to digitize 12,000 testimonies a year, finishing the collection by 2013. The completion will mark the latest step for the Shoah project that began in 1994 when director Steven Spielberg established the foundation to collect survivors’ stories after the debut of his film, “Schindler’s List.” Five years later, the foundation had amassed testimony in 32 languages and across 56 countries.
Sam Goetz is among the survivors who have added their stories to the foundation’s collection.
Read the full article in The Los Angeles Times