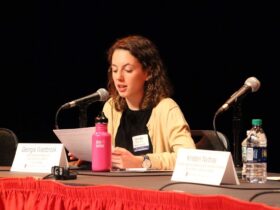 It is the Libraries’ primary institutional purpose to provide material that answers the myriad of questions posed by scholars. Our biggest fans are many-splendored and, while they proudly identify with their primary Binghamton degree programs, a select group remember the Libraries when giving. Stephen McKiernan ’70 is an alumnus who thought of the Libraries first and uniquely, he decided that he had something to contribute both now and later.

To talk with McKiernan  about his passion for history is to walk through a threshold into another dimension. This is appropriate because the legacy collection he gifted to the Libraries in 2017 is an historical account of the long and somewhat psychedelic era spanning 1960-75. The content of the McKiernan collection reflects a deep and personal contemplation on one central question: Will the Boomer Generation ever heal from the wounds inflicted by the tumult that existed during their adolescence?

McKiernan’s research seeks to answer this question by means of featured texts written by figures with counterpoints to the revolution, and through a series of intimate oral interviews that capture the emotional intelligence of political and popular people of the time. A selection of ephemera made up of mainstream media adds impact to the story that the collection tells.

McKiernan recounts bringing his collective research to the attention of Donald Neiman, Binghamton’s provost and executive vice president for academic affairs. Neiman was impressed with McKiernan’s’s extensive knowledge of history and his inquisitiveness. But McKiernan says that the real deciding factor in gifting his collection to the Libraries was meeting with Dean Curtis Kendrick and Interim Associate University Librarian for Library Technical Services, Systems and Special Collections David Schuster. McKiernan says it was then that he knew the Binghamton Libraries were the right choice for his magnum opus. Now he had a team of people with powerful technology behind them. The promise of perpetual access to his entire collection was what he felt future scholars of history, sociology and political science deserved. McKiernan’s decision came just in time. Once America’s largest generation, the Baby Boomers were surpassed in population by millennials in 2019.

Not even a pandemic could stop the Libraries from accessioning the collection. In fact, all 11,787 texts are now part of the Libraries’ permanent collection and attributed to the Robert and Marjorie Brown McKiernan and Stephen R. McKiernan Collection. Additionally, 215 oral interviews are part of the Binghamton University Libraries’ Digital Collections online at the Center for the Study of the 1960s. The long-play recordings, news media and photographs are held within the Libraries’ permanent online archive, Rosetta. Below is a sample of some counterculture icons reflecting upon how the 1960s shaped their lives.

Jon Sinclair, author and flamboyant manager of iconic rock band MC5, was immortalized in a song of his namesake written and performed by John Lennon. He once said to McKiernan, “I followed the example of the beatniks and I intermingled with Black people and I studied their culture. This is what shaped my personality. Now, I got to write that practice you know?”

Author and one of the few females to be known as a Beat, Hettie Jones remembered television’s impact at the time in her interview. “I remember, maybe 1959, that was the first time we had a television set. And I remember watching some college student being spit upon and that was the first time television had that much of an effect. Watching television and watching these kids at a lunch counter in some state, I do not know exactly where it was, shopping, they’re all dressed up in their suits and you know, Sunday go-to-meeting clothes, looking real respectable and being spit upon in a diner in the South. The ’60s began right there for me, because I already had one child and was committing that child to that kind of life and wow, you know, my head was expanding every day.”

In his interview with McKiernan, 1972 presidential candidate Sen. George McGovern said, “You know if I can personalize this a little bit, I got a little less than 30 million votes in 1972. I would dare say that most of those people thought that I was an absolutely honest, straightforward, sincere person, which I think I was. They also came to feel that Nixon was a crook. And really a disgrace to the presidency of the United States. So when they saw him win in one of the biggest landslides in history, that was a massively disillusioning experience for the 30 million Americans that voted, worked and sweated the other way.”

McKiernan recalls his Binghamton days fondly, and events of significance are abundant in his memory of Harpur College. He recalls Binghamton as a place where activism was a generally accepted way of life. He wasn’t surprised when one day he woke up to the quad covered with signs of peace and love. The day the Peace Quad was born, he remembers being filled with energy. He remembers theater troupes in brightly colored costumes performing thought-provoking skits and holding the attention of crowds to communicate a condemnation of the draft.

During his career, McKiernan continued to challenge convention and kept the spirit of the Long Decade alive by bringing speakers from all over the world to interface with students at the campus where he worked as an administrator. He remains steadfast in his feeling that being moved and challenged by discourse is one of the most authentic means to create understanding. Stephen said that Professor Emeritus Gerald Kadish was an inspiration in his way of thinking. Kadish gifted him books and that kindness made McKiernan feel there was a place for him in academia and in the world. Now, McKiernan can proudly say that his learning experiences will never end because they will be renewed in the discoveries of generations of Binghamton students. Time is back on his side.

Tags: Center for the Study of the 1960s Stephen McKiernan May 4 Harpur College
Carrie Blabac-Myers March 2, 2021 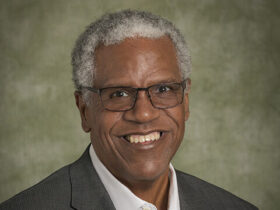 A message from the Dean of Libraries – Spring 2021 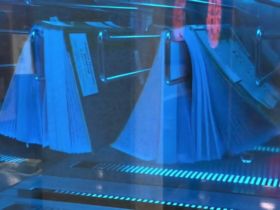